We’re honored to be featured by the Wall Street Journal for this celebrity-owned Malibu beach house now available on the market for the first time in over 20 years!  For details on the 2 bedroom, 2 bathroom charming hideaway on La Costa beach, click here. Below are highlights from the WSJ article from January 2, 2019.
Location: Malibu, CA Price: $7,995,000 Grammy winner Glen Ballard collaborated with artists in this 1930s California home. It is asking $8 million. 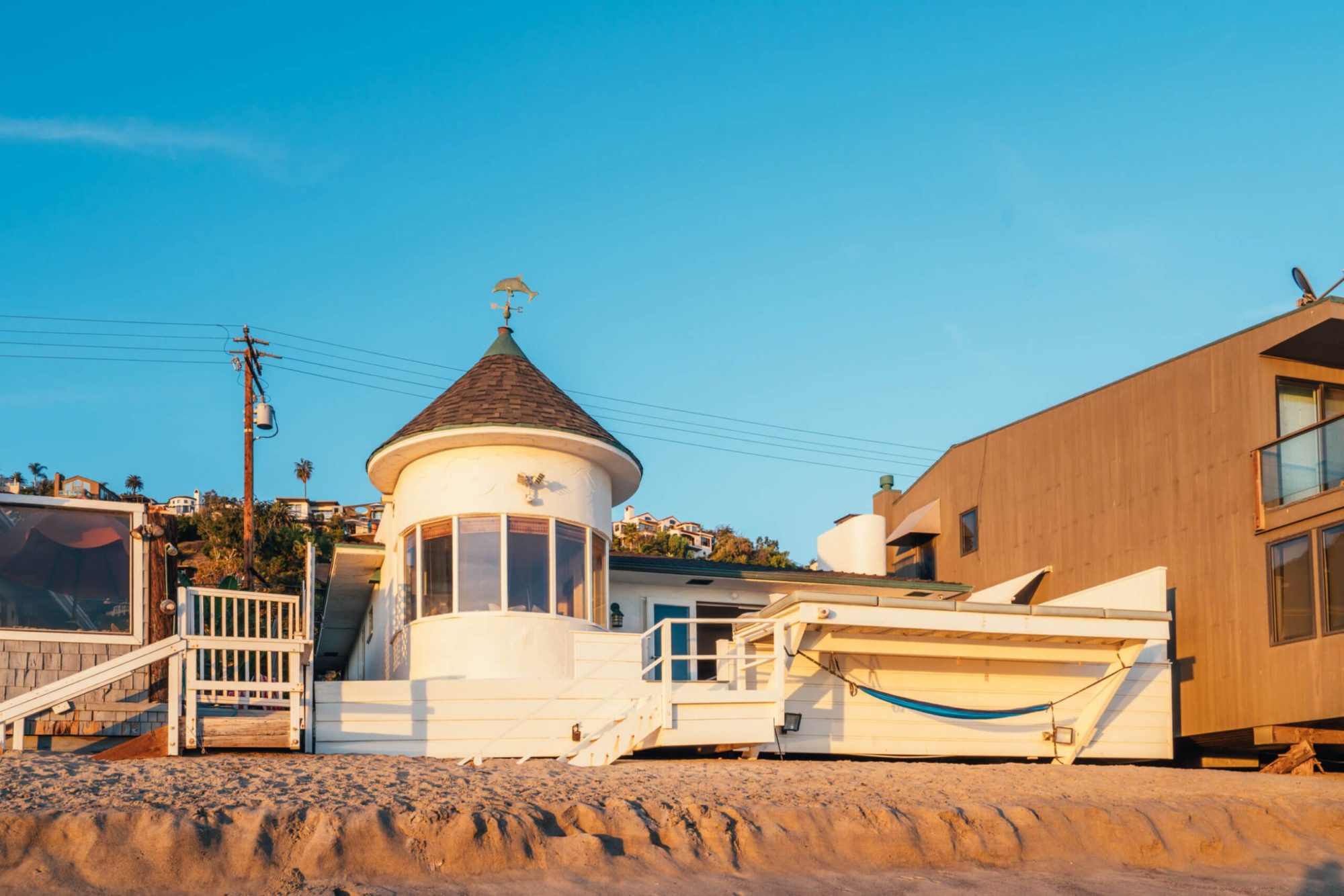 Glen Ballard was looking for a Los Angeles beach house when he found this cottage off the Pacific Coast Highway in Malibu, Calif. ‘I kind of became obsessed with it,’ says Mr. Ballard, who purchased the property in 1993 for $1.1 million. 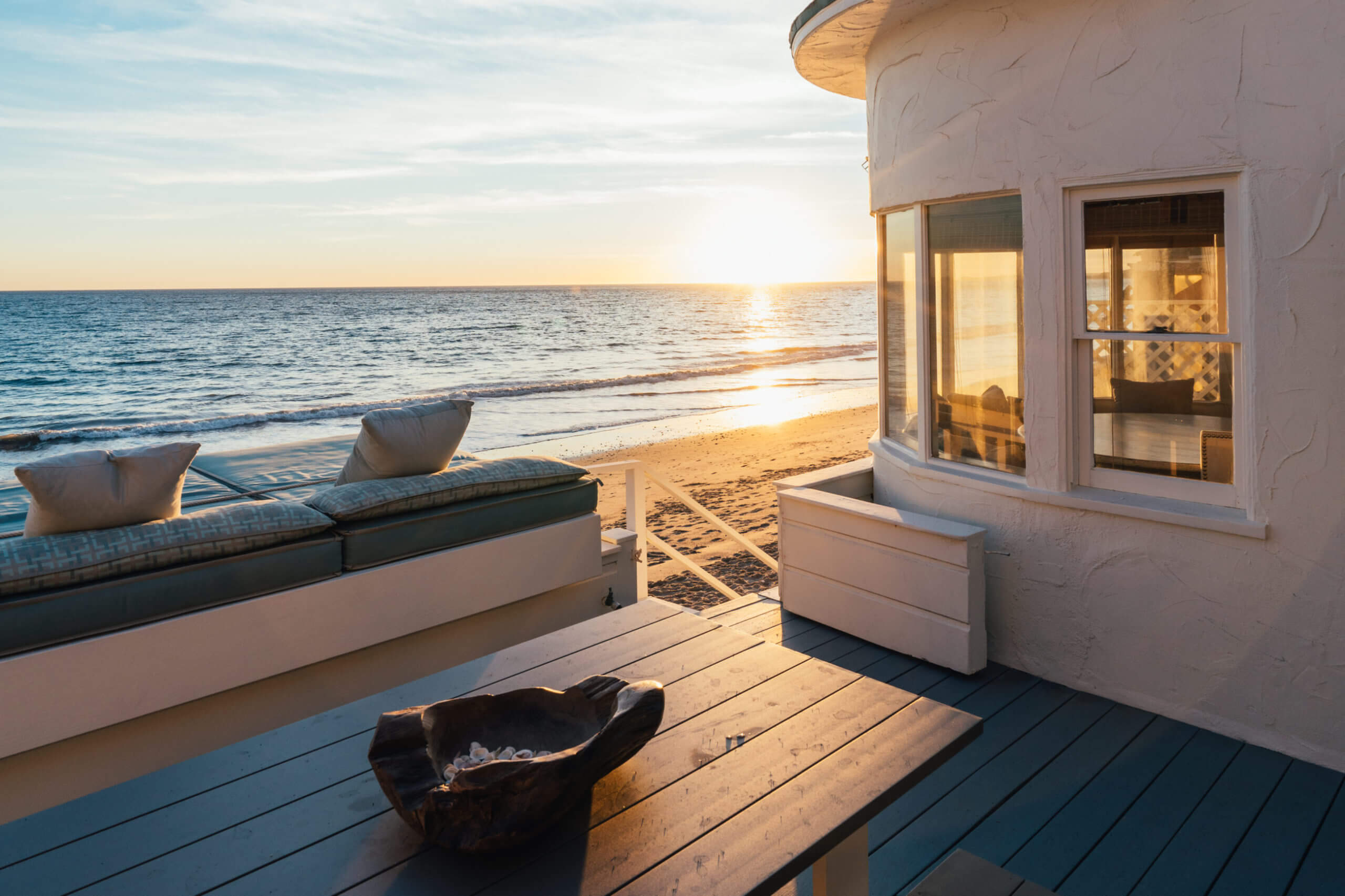 Mr. Ballard, 65, is a Grammy-winning songwriter who has worked with artists like Katy Perry and Alanis Morissette. With the home being so close to Los Angeles, he often used the cottage to work with musicians. ‘As a writer, it’s the ultimate place to gather your thoughts,’ he says. 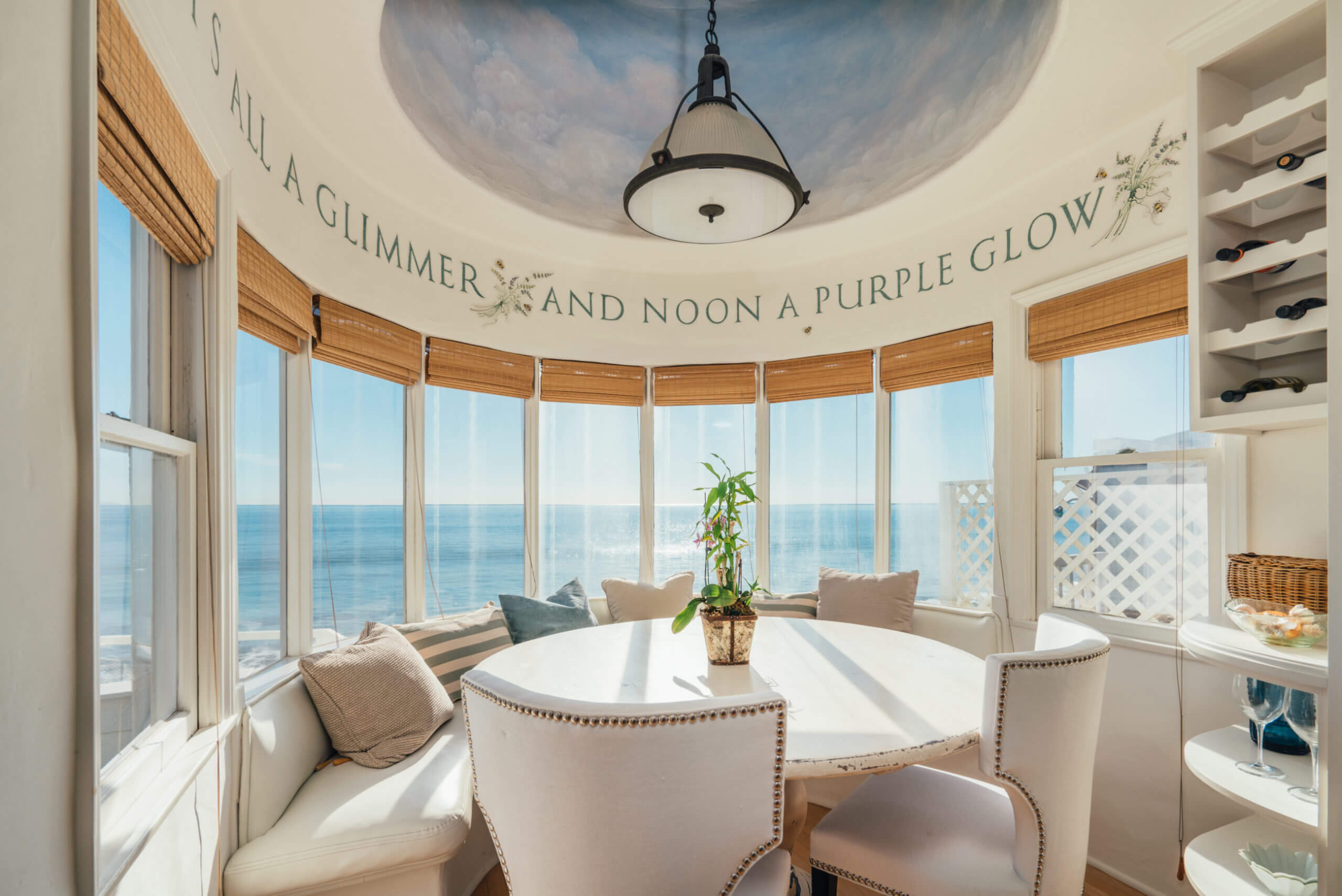 The 1930s cottage is one of the few original houses remaining off the beach of La Costa, Mr. Ballard says. ‘I’m a huge history buff, and as it turns out this is one of the oldest houses in Malibu.’ In the dining room, within the cottage’s turret, Mr. Ballard added lines from a poem by William Butler Yates. 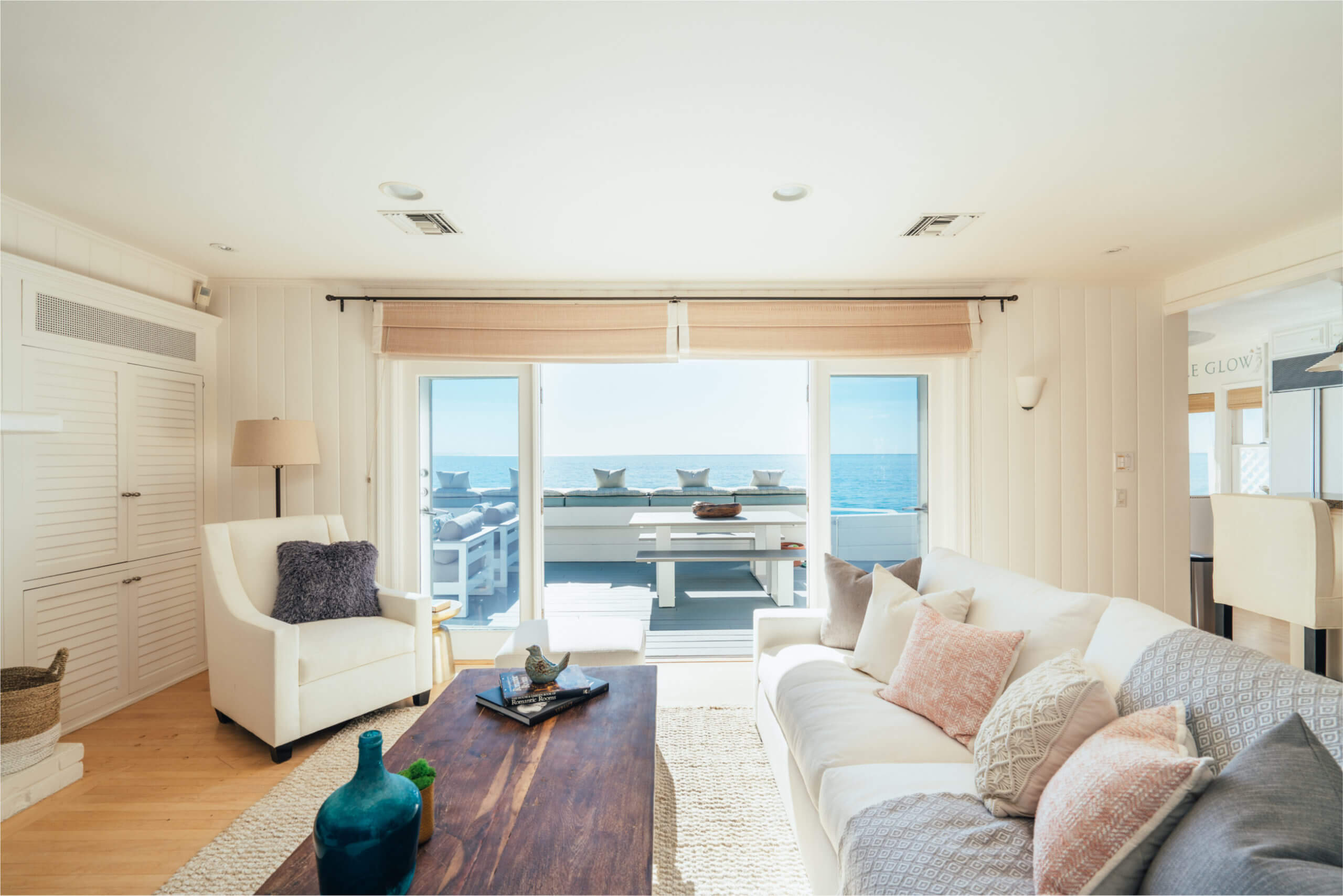 Mr. Ballard upgraded the appliances but otherwise kept much of the home as it was. The home comprises two bedrooms and 2 bathrooms over 1,000 square feet….The home has been listed for $8 million by Douglas Elliman agent Scott Moore. 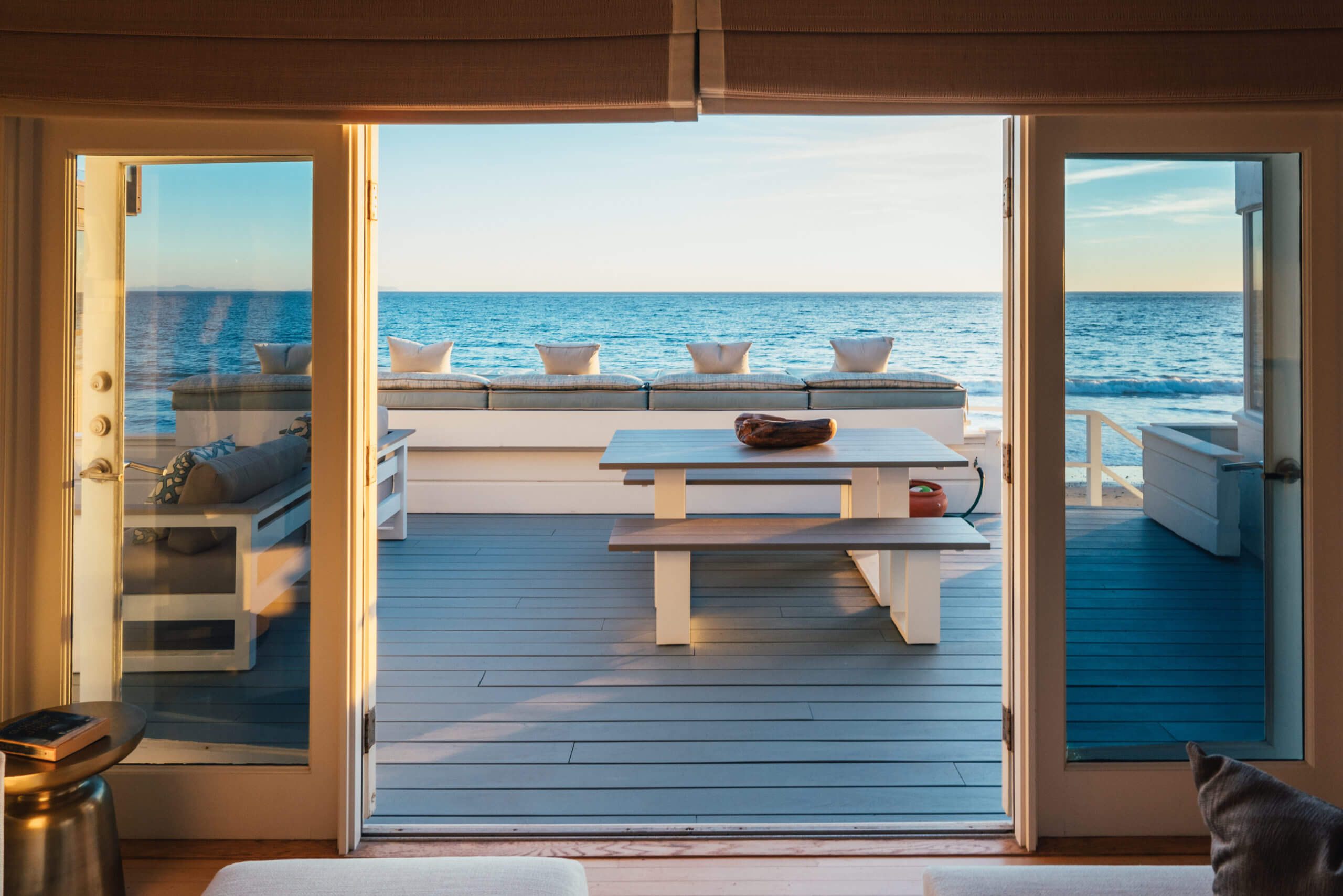 Mr. Ballard decided to sell as he’s moving to Europe for work. ‘Over the past three years I’ve barely visited it, so it’s probably a good business decision to let someone else enjoy it,’ he says. 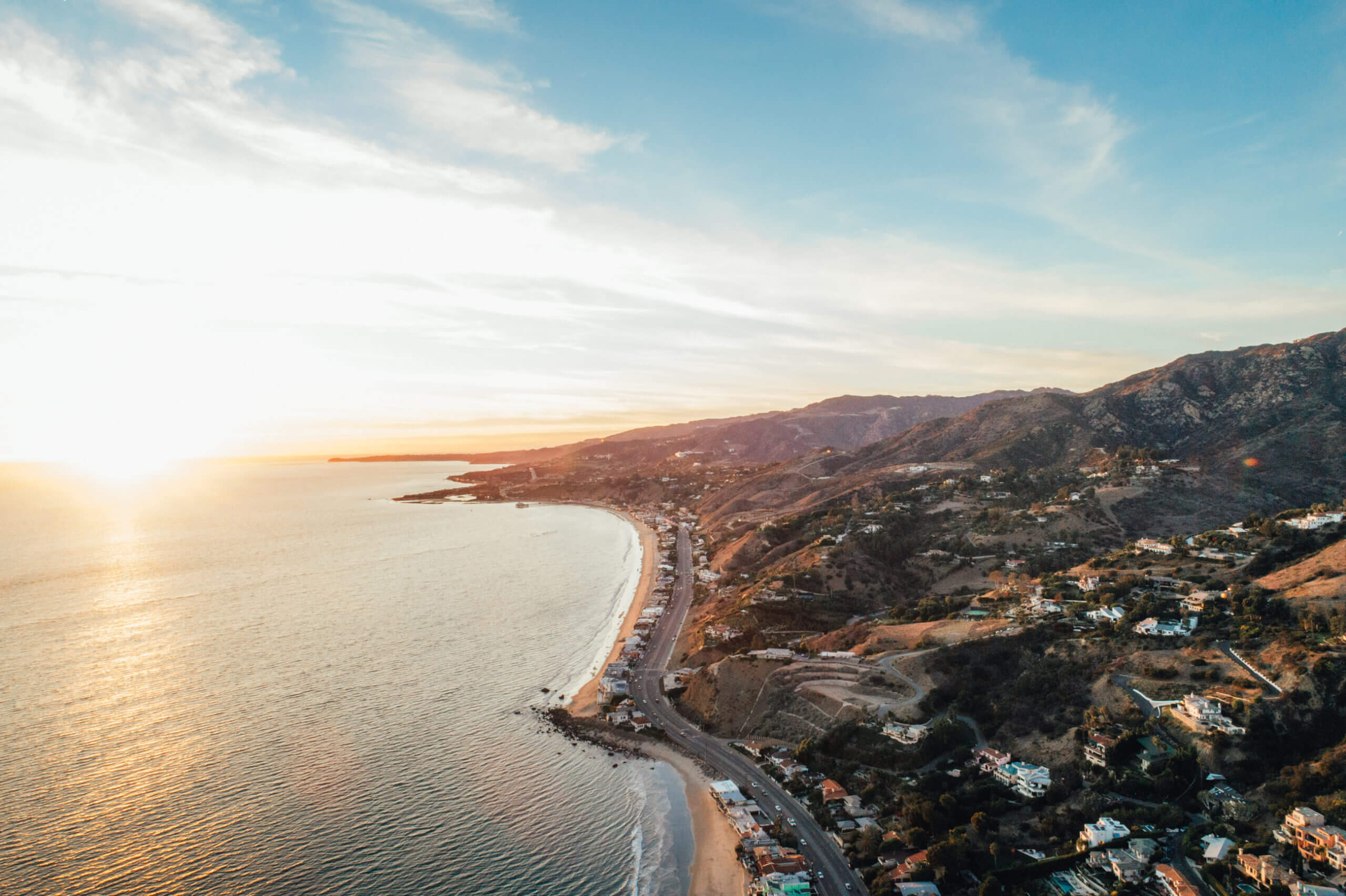 From the deck there are views of Point Dume to the west and the Santa Monica Pier to the east, with ocean in between. ‘For me, it was always about the sand, the sea and the sky,’ Mr. Ballard says. ‘The low tide is so wonderful that’s it’s the biggest horizon I’ve ever seen.’

You’re here because you’ve heard about our unique team or seen one of our listings. Feel free to reach out and to ask questions or set up a meeting.
Contact Us

150 EL CAMINO DRIVE, BEVERLY HILLS, CA 90212. 310.595.3888 © 2021 DOUGLAS ELLIMAN REAL ESTATE. ALL MATERIAL PRESENTED HEREIN IS INTENDED FOR INFORMATION PURPOSES ONLY. WHILE, THIS INFORMATION IS BELIEVED TO BE CORRECT, IT IS REPRESENTED SUBJECT TO ERRORS, OMISSIONS, CHANGES OR WITHDRAWAL WITHOUT NOTICE. ALL PROPERTY INFORMATION, INCLUDING, BUT NOT LIMITED TO SQUARE FOOTAGE, ROOM COUNT, NUMBER OF BEDROOMS AND THE SCHOOL DISTRICT IN PROPERTY LISTINGS SHOULD BE VERIFIED BY YOUR OWN ATTORNEY, ARCHITECT OR ZONING EXPERT. IF YOUR PROPERTY IS CURRENTLY LISTED WITH ANOTHER REAL ESTATE BROKER, PLEASE DISREGARD THIS OFFER. IT IS NOT OUR INTENTION TO SOLICIT THE OFFERINGS OF OTHER REAL ESTATE BROKERS. WE COOPERATE WITH THEM FULLY. EQUAL HOUSING OPPORTUNITY. OFFICE PHONE # 424.203.1800